Our camera recently stopped working. We bought a new one, but it didn’t come with a memory card and isn’t compatible with the one from the other camera. So, we have a memory card on the way. 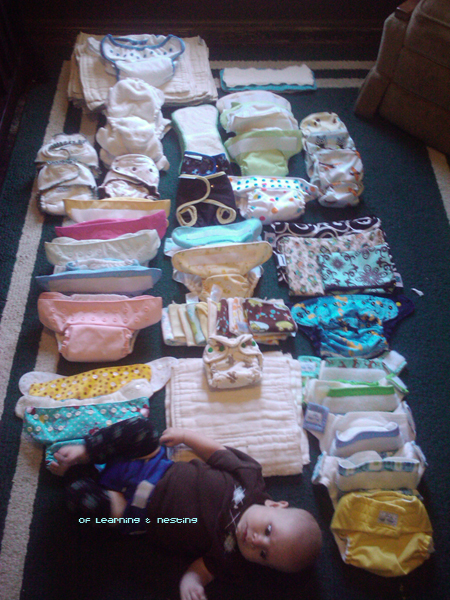 Since taking this picture, we’ve gotten a second hanging wetbag (the first isn’t in the photo), new wipes from Sweetbobbins, bamboo inserts, and three Monkey Snuggles fitteds. We have another Monkey Snuggles fitted on the way, along with wool! So excited.
We don’t use the Lovely Pocket diapers (bottom left) or the Happy Heiny’s (bottom right). The fitted and prefolds on the bottom are newborn, so they are out of use as well. The Batman diaper (Little American Pocket Diaper) will likely be used as a swim diaper because we’re having some odd leaking… maybe wicking? I might give it another shot first. 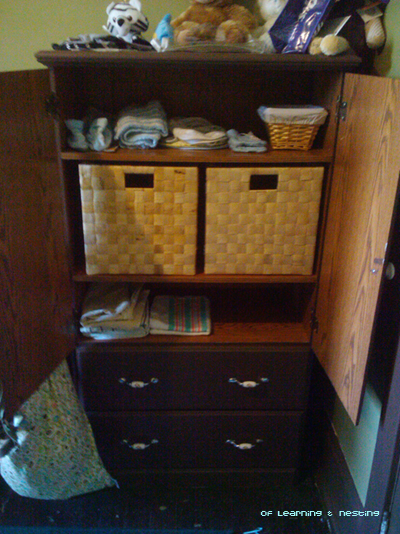 You can see the new hanging wetbag in this picture. We recently went to Ikea and I found these baskets I love. Originally, they were going to be for the changing table… but they don’t fit. So I decided to use them for clothes. The left is pants/shorts he can probably fit into, and the right is anything that is a long way from being worn.

Can you think of anything else I can do with these? I have cats that love to scratch, so I’m hesitant to place them out in the open.