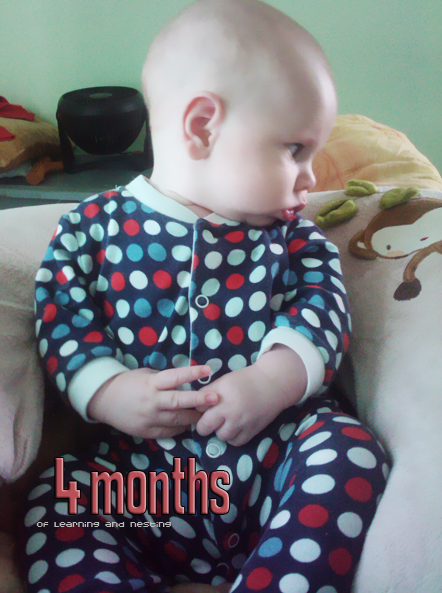 Evan turned 4 months old this week. As such, he had his 4 month ped appointment.

We are doing a delayed schedule for his vaccinations, so he only got one shot, and the oral vaccine. He was amazing. He was smiling immediately after – not even a hint of pain.

His doctor pointed out that he was on the low end of weight, and unlike most breastfed babies he skipped the “chunky stage” – but she isn’t concerned. He is growing and reaching milestones. Also, he seems to be a mini-me for Eddie, and she assumes he will grow to have the same lean physique.
We talked about solids too. She wanted us to start between 4-6 months, and make sure he keeps gaining weight. She brought up delaying solids as well.

We decided awhile back that we would do BLW (Baby Led Weaning) which is letting your baby feed themselves chunks/pieces of whole foods. We’re still doing that, pretty much. Evan has nommed boiled carrots (though not really ingested any), and some banana (though again – not sure he ingested much if any).
Tonight we tried avocado. I really wanted him to like it, because it’s full of nutrients and healthy fats. And I don’t want solids to ruin his weight gain. Well… the avocado was already mush, so he didn’t get slices as planned. I spooned some, and he eagerly took over! He even spoon-fed himself a bit. 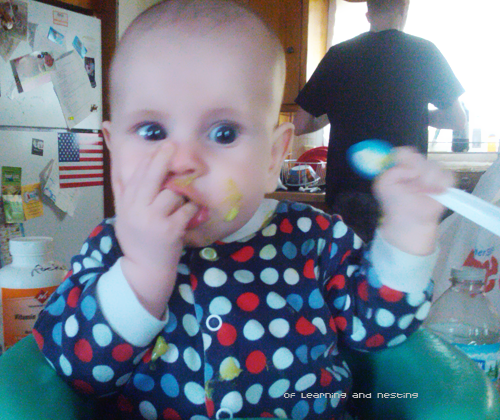 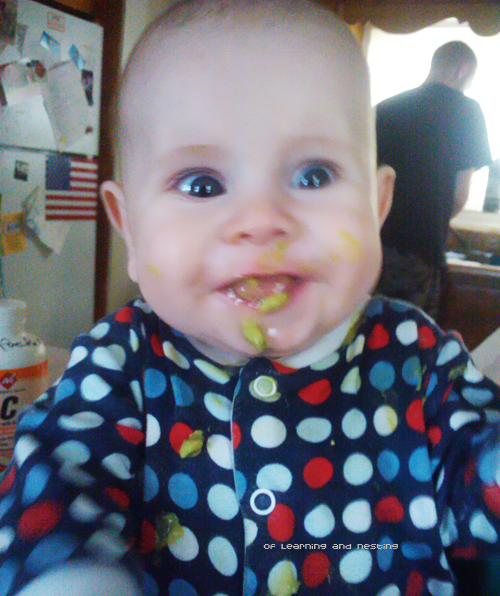 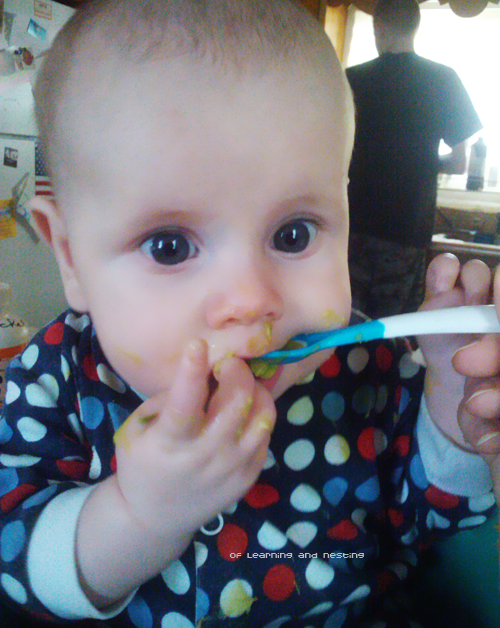 He loved it! I’m thinking this will be the only solid for awhile just because of the fatty content, and we have SO much still! I don’t know what to do with it all. Though I know I can make some Paleo pudding with it too…hm…

He has rolled tummy to back a few times.
He can roll back to side.
He’s grabbing and holding things.
He brings things to his mouth pretty well.
He is great at lifting himself up when on his tummy, and looking around.
He has phenomenal head support.
He’s taken a liking to “bubbling” moreso than babbling, but he can do that too.
He wants to stand/jump, and loves to kick off of things.
Splashing is his favorite thing.
And diaper changes. This kid loves being naked.
He’s getting better at sitting, if you can tell by the pictures.
He can sit “on his own” if balanced just right.
Sleeping 8-9 hours a night (though he had a few “wakeful” nights – I don’t think we’ve really had the 4 month wakeful…yet…)

I still find it crazy that this:

One thought on “4 months: Wakefulness, Progress and Solids”