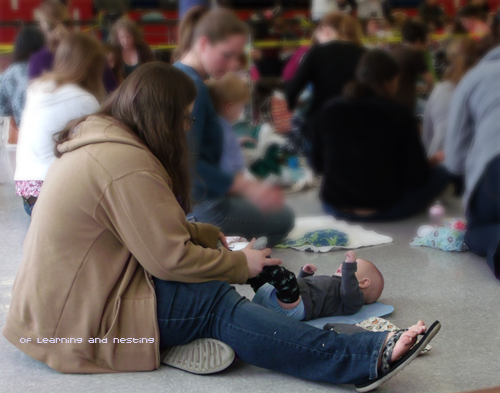 This was our first time attending The Great Cloth Diaper Change, an event to break the world record of the most cloth diapers changed at once. We attended one in Ann Arbor, Michigan, which was held by the Little Seedling. I didn’t think to take pictures of the goodie bags we received, but they were inside Grovia Wetbags! How neat. 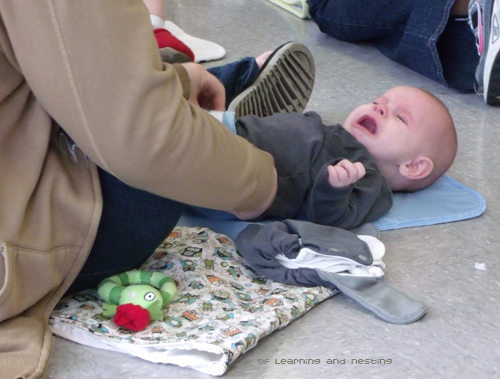 Evan was overtired, so he really didn’t want to be set down. I’m not sure if he even slept during the long drive to the GCDC. 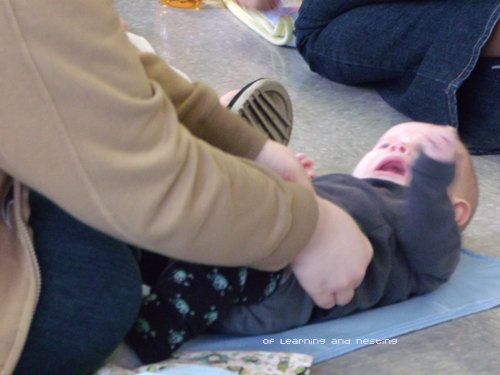 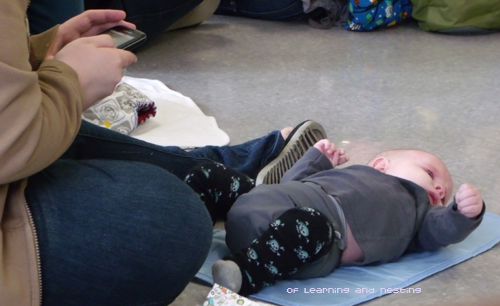 We changed him into a Grovia all-in-one (which coincidentally matched his shirt perfectly) in hopes that we would win a diaper from Grovia. Above, I was taking a picture of Evan in the diaper so that my husband could send the e-mail to enter… However, we had many technical difficulties, and had to resend later in the day. 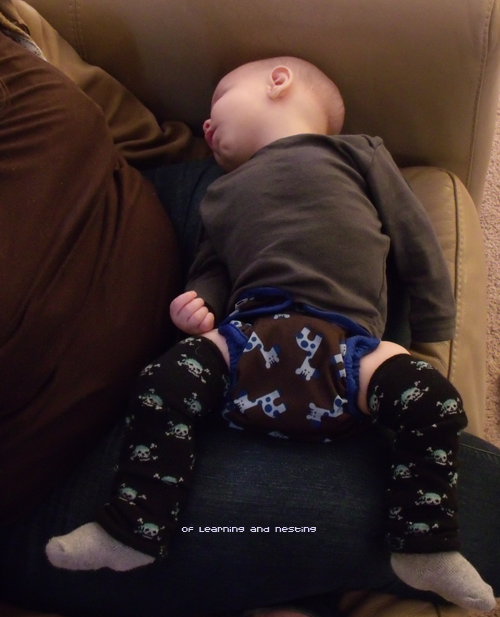 After the event, we swung by my brother’s house. Evan got to see his uncle, and his cousin who is only about six months older than he is. They had a lot of fun together, and then Evan took a much needed nap.

All in all, it was a good day. We can’t wait for next years diaper change! It would be awesome if my niece could have come, she wears cloth too. However, they use a diaper service, which is just prefolds, and the Great Cloth Diaper Change doesn’t accept prefolds as an entry.

Did you attend the Great Cloth Diaper Change in your area?